Xerox to Sell-Off Information Technology Outsourcing Business For $1B

Xerox has agreed to sell its information technology outsourcing business to Atos, the French technology company, for just over $1 billion.

The disposal is the latest move for Xerox, which has been transformed under the leadership of Ursula M. Burns from a company best known for making bulky photocopiers into a provider of various business services.
Atos will add the unit, which includes 9,800 employees in 45 countries, to its already large outsourcing business.

“It’s an important strategic move for us. For Xerox, this is a chance to really focus on really growing the businesses where we are strongest,” said Robert Zapfel, president of Xerox Services. “We had a lot of success with the I.T. outsourcing business, but we were subscale versus the larger players.”

Xerox will receive $1.05 billion at closing, with the potential for an additional $50 million. The deal is expected to close in the first half of 2015.

Acquisitions have been a critical part of the company’s evolution. Ms. Burns struck the biggest deal of her tenure in 2010, with the $6.4 billion takeover of Affiliated Computer Systems. That deal allowed Xerox to become a major player in the business services industry.

Today, the company powers many of the back-end systems for big multinational corporations.

“We think of Xerox as a services provider that drives productivity for our clients,” Mr. Zapfel said. “We are an enabler for a large portion of the Fortune 500.”

Even as Xerox sells this unit, it has also been buying businesses. This year alone, it made three acquisitions, snapping up Consilience Software and Smart Data for undisclosed sums, and ISG Holdings for $225 million.

Xerox will be able to report the unit as a discontinued operation, easing the quarterly comparisons during earnings. The unit is expected to represent about $1.3 billion in revenue and $115 million in profit for the full year.

“The unit will do better by being part of the Atos team,” Mr. Zapfel said. “I.T. outsourcing is a dominant component of their business.”

Xerox also said that it would allocate $1 billion for share buybacks in 2015 and set aside $900 million for acquisitions.

Here Is Why Atos Wants Xerox Corp’s IT Business 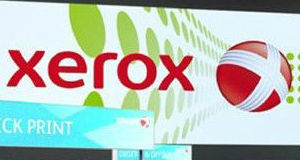